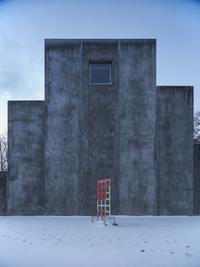 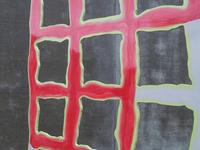 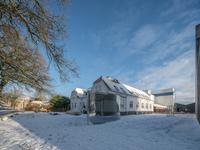 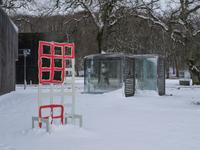 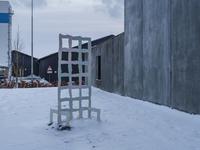 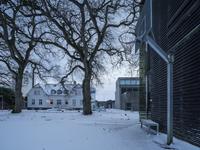 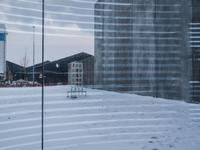 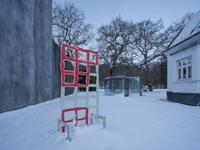 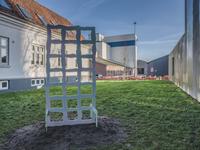 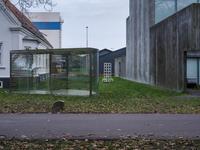 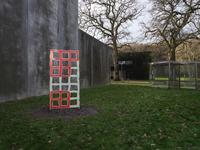 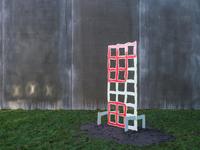 PENDANT is at the same time a love declaration to Krabbesholm and for the folk high school idea, which nurtures collective and individual development of culture, history and politics through intellectual and spiritual growth. The historical-poetic dimension Krabbesholm has as its starting point, has always been central to Marianne Hurum’s artistic practice, with art as the prism of social conditions. At the same time, Krabbesholm is the place where Marianne Hurum in her teenage years discovered that it was at all possible to become an artist. This is celebrated with the permanent sculpture.

The sculpture project stems from a long and continuous conversation about methods and opportunities for uniting art, education and politics between Charlotte Jensen and Marianne Hurum. The relationship between art and politics is a constant theme in Hurum’s artistic practice, just as it is central in relation to the folk high school and its role in society. The title PENDANT should be seen in connection with the conversation and the attempts to build a bridge and seek connections. The concept of PENDANT has created a resonance in Marianne Hurum’s artistic practice as a tool and a trace in her way of thinking. The goal of the project is to develop and underline the way of thinking at Krabbesholm, where contemporary art and folk high school meet.

PENDANT is made especially for Krabbesholm’s sculpture park. The aluminum shape is characterized by a grid with glowing yellow-green edges that complete bright pink, gray and transparent mailbox red fields. With its location outdoors, the background and surroundings fill the fields.

About Marianne Hurum: Marianne Hurum’s (1978) restlessly inventive practice is characterized by a formal and contextual deep dive into the painting medium in parallel with an open and spontaneous approach to the artistic creation process. She works in the belief that painting is a place where the contemporary can manifest through form, color and composition. In continuation of the painting, she makes painted flat metal sculptures that look as if parts of the composition have jumped out of the paintings. For Marianne Hurum, painting is a place to work her way through the existence, while at the same time being a place for spiritual and intellectual development and a prism for societal perspectives. This has led to a practice based on an eternal study of the facets of painting, its inner dynamics, history, kinship with other media and its social significance. In the years that have passed, she has developed the painting in an increasingly unique direction and expanded her practice with sculptures, murals and jewelry. She has published a monograph, made public commissions, engaged in union work and taught painting and freedom of speech.