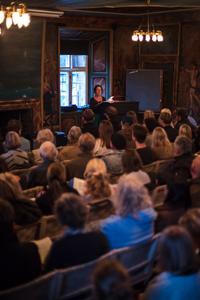 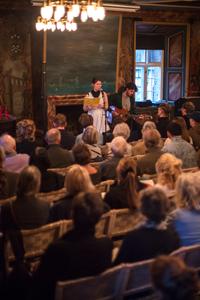 Ursula Reuter Christiansen and Kasper Hesselbjerg were elected as the first winners of The Schade Award 2016.

Ursula Reuter Christiansen for “Skarpretteren”, a new book work evolved from Reuter’s famous short film from 1972 telling the story about a woman breastfeeding a fatally ill soldier and later being decapitated by a red-dressed executioner. Graphic designer Louise Sidenius has designed the book with Reuter’s original text rewritten by Gitte Broeng.

Kasper Hesselbjerg’s “Salatfeber” is a small sized guidebook starting with the author’s ardent desire to make a salad. The book is closely connected to Hesselbjerg’s practise as a sculptor, for instance his false oysters made of wine gum dissolved in sake and served in ceramic shells.