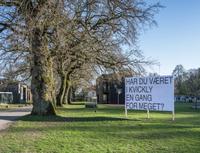 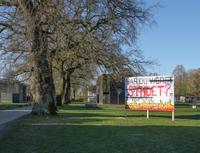 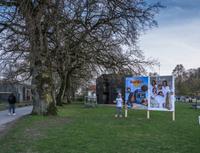 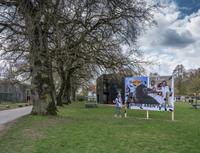 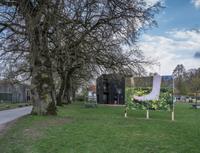 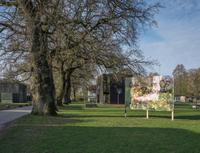 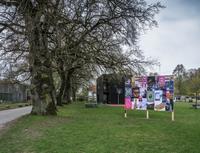 The students at the art class have been visited by Anna Gunvor Hyttel, who in collaboration with Gisa Pantel has made a week’s workshop with billboards. The students had to build a 2.5m x 3.5m billboard that was set up at the school, pointing towards the avenue where all the school’s students go to and from the morning assembly every day. After that, they had to jointly produce at least one billboard a day. In addition, a “vandalism group” was formed every day, whose task was to add new elements to the billboard during the night. Each new billboard was glued on top of the old one, and the billboard became an interactive sculpture in constant dialogue and changeability. The students worked on various themes, including typography, advertising, photography and collage.

All in Art …
We use cookies to analyse traffic to the Krabbesholm website. We also share information about your use of our site with our social media, advertising and analytics partners who may combine it with other information that you have provided to them or that they have collected from your use of their services. Cookie policy