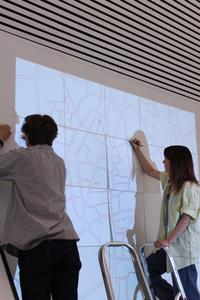 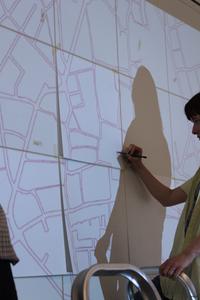 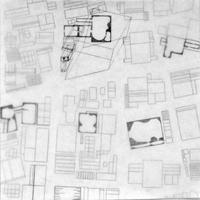 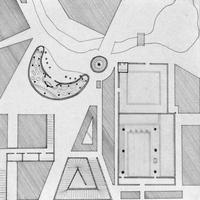 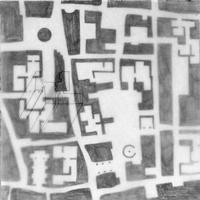 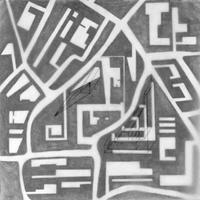 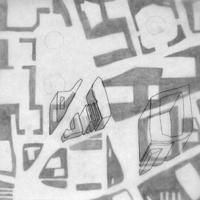 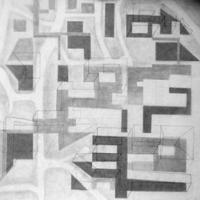 This week the students worked with the city map as if it were a patterned rug. Each student was assigned a textile design, which was to form the basis of the organization of buildings, streets and squares within collective map.

The map was assembled by a road network that creates connections and processes across the fields and contributes a different, more organic logic in contrast to the textile grid.

The map not only shows the city’s street network, but incorporates the floor plans of selected spaces. Selected plan figures are raised in axonometry, to give the map another dimension.