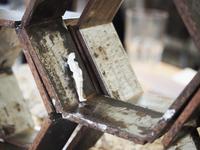 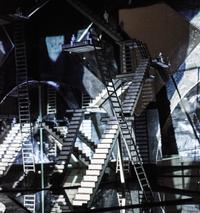 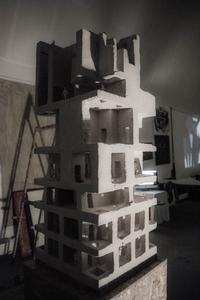 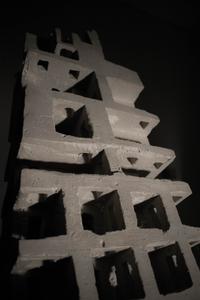 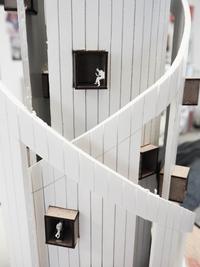 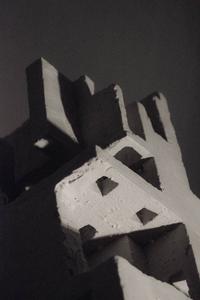 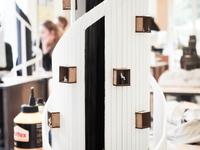 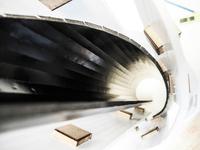 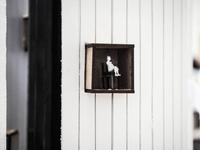 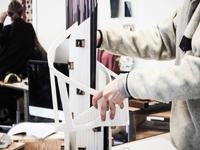 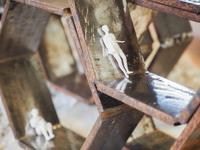 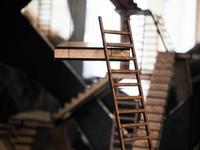 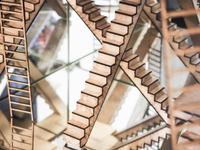 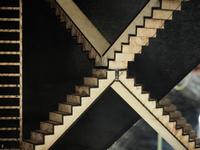 The cross studies “Universes” was a meeting between architecture and art. We worked with rooms on a human scale and in a non-physical context. The purpose of the assignment was to create some unique and distinctive universes. These universes were reproduced in model, to obtain a physical description of the principles of the universe as well as basic conditions. We worked with the task in 3 phases. First, we were inspired by works of Jorge Luis Borges, Kenneth Anger, Ira Cohen, Mathew Barney, etc. Then, we started to define some basic conditions for both physical laws and cultural values. Subsequently, we described the universe’s spatiality, and illustrated them through models. In conclusion, we made a movement through the universes. There was no requirement for media. The students used film, sound and series of drawings. Students worked independently or in groups.

Our universe consists of some basic conditions, such as “survival of the fittest”, gravity and solar systems. In addition, as human beings and social beings, we have formed some social principles, we have formed political principles, we have rituals about our life cycle, etc. We tried in each of your groups to talk about these conditions as well as other principles and social skills we were interested in. The groups considered whether they would like to eliminate, add or transform some of our own universe’s fundamental principles. They also tried to visualize a possible universe. What materials exist in the universe? What are their characteristics? Which rooms exist? What is their function? How are they geometrically composed? How do you move through the rooms? Describe a spatial detail in the universe?

Each group made a model that showed a sample of their universe. They were handed scaled people so the models were in an architectural scale of either 1:50 or 1: 100.

A movement through the universe:

The groups continued to move around in their universes, focusing on the particular elements that made your universes unique.

The video show a movement through Rasmus’s universe Limbo

Bastian’s universe is defined by two laws of nature

Hybris and nemesis, a central concept of Greek mythology and tragedy. Over and over again, man crosses (hybris) divine order and justice and therefore meets the punishment or revenge of God (nemesis or Nemesis). It may seem that the gods are envious at times, and therefore wants to keep them contained. The concepts are also included in the Danish language: commit hybris, encounter nemesis.

The universe consists of infinite houses, organized in a grid. The laws of the universe work together to make this universe a place where you are extremely dependent on both your own and your neighbors’ choices. By committing hybris you meet nemesis, as in this universe, the pole that binds your house together with the community not only gets loosened but also breaks. The houses that sit above you moves into the infinite space. Which at the same time destroys the structure that exists between the existing poles. Are there any poles left?