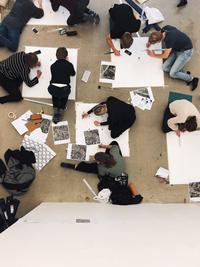 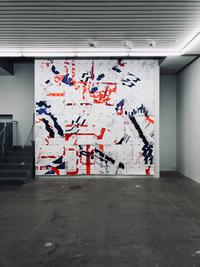 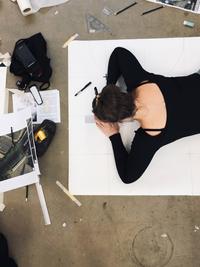 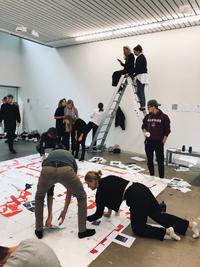 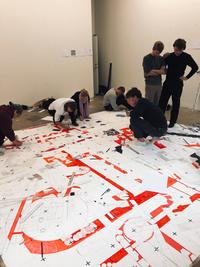 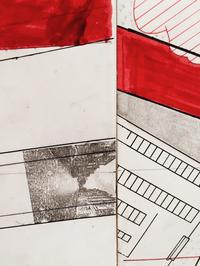 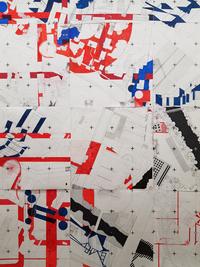 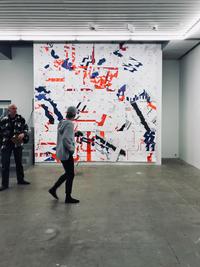 The architecture department recently enjoyed the visit of architect Sine Lindholm, who introduced the students to cartography. The project was based upon a section of a local map (Skive), which was divided into 16 equally sized squares of 1 × 1m. Hereafter the students were to draw up the existing layer from each of the photos of the map. Then two abstract layers were introduced, as the 16 squares were exposed to a rotation: A break up of the original map/drawing. Now the students had to make reconnections with the red and blue colours, which lead to two new maps. Sine Lindholm works a lot with machines and the workshop also had the idea of introducing cartography through the mechanical.