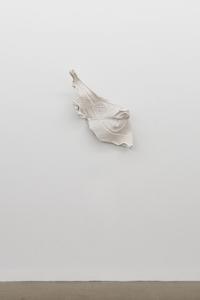 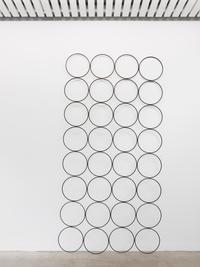 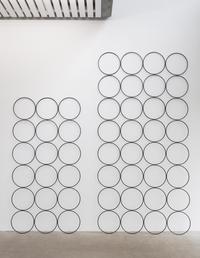 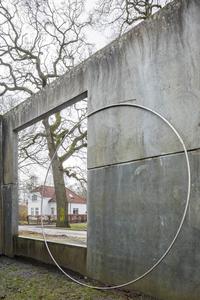 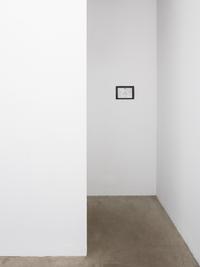 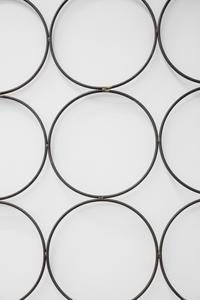 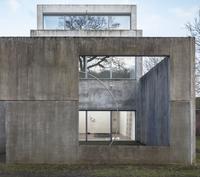 She was hidden, I know that much.

In the beginning time the institutions that housed her shimmered; fine dining and tiny muscles to shuck. Pearl encrusted lobster picks. Her casing was the clatter of cutlery. Bright white table cloths in the shape of an hour; curves of whalebone covering her rushing sands; roseate hue cheeks and enamel shined skin etc. Her obedience to these graces built a shape for her, shell-like.

At dinner, under tall ceilings, the sentience of ancient creatures coated her digestive tract and oesophagus, soft glowing and gold like knowledge. Hors d’oeuvre for the well kept in a hotel called sanity: Numbered rooms suitcases individually wrapped hand-soaps napkin rings A world measured in the ordered divides we name politeness. Internal and tied up.

Place wandered, rings expanded: envelopes meant intrigue. She misunderstood. She wrote on the outsides. She was given an inch and she made a body.

Her emboldened sights became sculptures, large and civic, and in their permanence undid her. For the city, she cast the flesh of women in what can withstand the rain. She queried what an edge was and opened up her shell, letting the water in. Lobster picks on the ceiling, broken crockery, pearls dislodged. History flooded and was changed.

In horror or punishment the institutions shifted form. Corridors drew the perimeters of a landscape called Edge of The World. They called her what they call all women who get to know. She was mad and her shell did not shimmer but stank. Chasity and doors are what she’d been given, as if a room sufficed as a cork for the girl-brain. But she had her own limits, our salty rebel: veins filled with molluscs, two eyes condensed to one, skin misgiving. Her thirty two teeth became a single bargaining tool for sisterhood. She left the hotel and took to the sea, emboldened by the vastness.

In the depths of her outlawed mind she turned her cage into a suit of armour; swamped the shell that housed her and spun it into bone. Madness wasn’t a name she could take. She wrote on the outside of envelopes. A life of containers misread.

It was there she stayed. Submerged. Drawing in tongues from the depths. Shaken from the history of her kin.