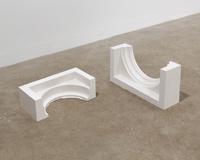 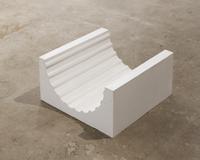 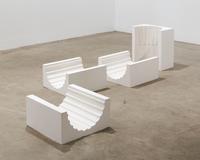 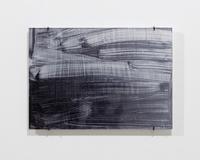 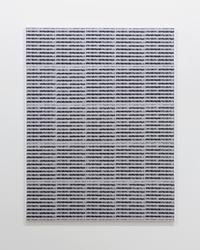 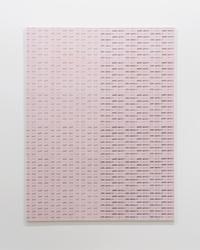 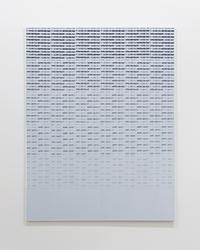 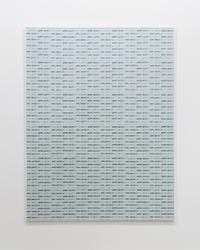 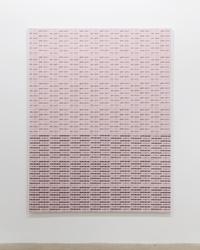 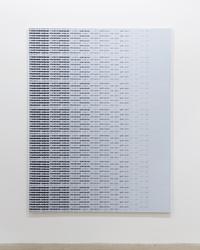 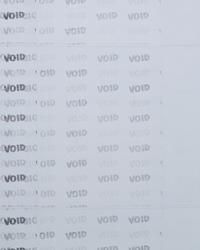 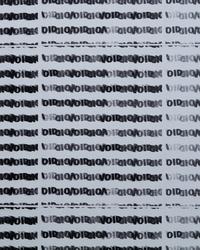 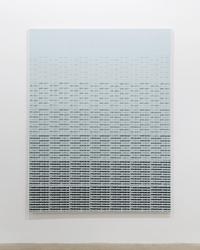 Jacob Dahl Jürgensen’s exhibition Securities consists of three series of works: a series of larger paper collars mounted on canvas, a series of smaller digital prints on plexiglas and a plaster sculpture in several parts.

As the title suggests, the exhibition‘s central motive is finance; More specifically the relationship between symbols and meaning. Securities may mean securities or 'financial instruments’ and are negotiable assets such as banknotes, shares or bonds. Common to these financial instruments is that they all consist of a concrete document that represents an abstract value. The exhibition’s works deal with symbols and meaning, and the relationship between original and copy.

CAPITAL is a sculpture in several parts consisting of plaster casts of a three meter long pillar with corresponding foot and chapters. The postage for the negative molds is a synthetic pillar – in itself a copy of a classic Greek model – and the sculpture’s parts are spread out on the gallery floor as a kind of artificial ruin.   The form of the sculpture is reflected in the horizontal stripes of Securities, a series of large, monochrome collages mounted on canvas. The collages consist of pastel-colored American security paper that is usually used to print documents that can not be copied; Eg check books, certificates and diplomas. The paper has a built-in invisible pantograph, a fine pattern that, due to a moiré effect, appears on a photocopy in the form of the word ‘Void’. The paper sheets in the collages have been copied again and again, thus making the word clearer and clearer, to eventually become completely illegible.

The large collages are accompanied by Derivatives, a series of picturesque prints on plexiglas in A4 format. The black and white digital print represents abstract brush strokes, and are all manipulated editions of the same motive – a stock photo purchased online.