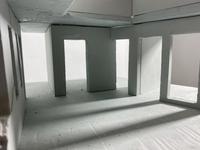 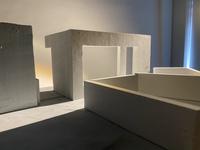 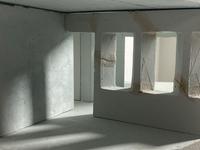 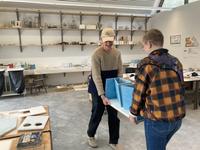 Architecture 1 has been working on a project centered around the traditional North African cities courtyards. The students started out researching the idea of the riad and then they would give their own bid.   Each student got a site in a fictional neighbourhood, which context should mime the one of Marrakesh, Morocco. The students would then have to respect their own site as well as the neighbouring ones.   The output would be a plan drawing, a section and a model in the scale of 1:20. The model should be casted in blue-colored plaster. As an extra obstacle the students were asked to cut away the outer walls and focus on the inner rooms – especially the courtyard. This gave the complete setting a rather ruin-like look.

The project ended out in an exhibition in which the original setting was replaced by an index. It was showcasing the models in a quite dark light-setting projecting the skyline of a city through shadows.