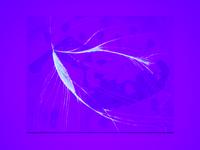 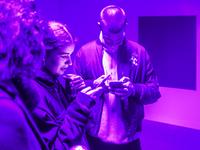 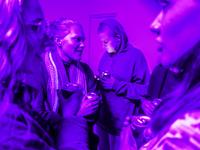 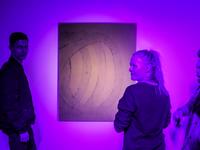 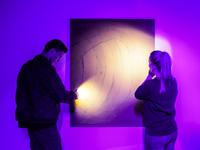 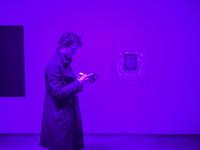 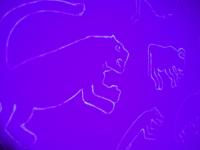 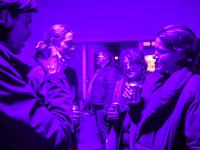 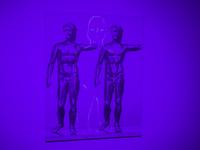 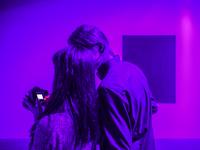 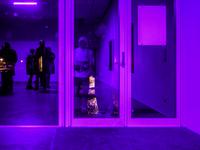 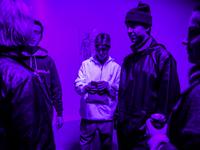 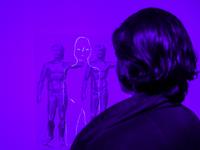 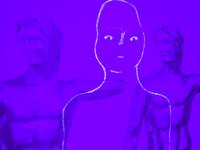 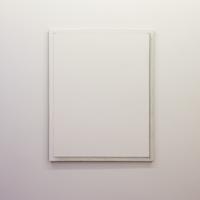 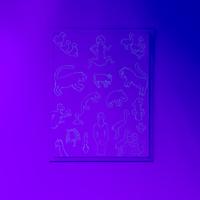 The Occident opens on march 20th, 2017, the date where night and day are equally long all over the world. It consists of a series of paintings that change character as the light changes. The works are painted with one pigment that can be perceived in daylight, as well as a fluorescent pigment that, as ghosts from earlier cultures, emerges in the shelter of the night and reveals other images hidden underneath the surface. Thus, the exhibition is facing a more circular relationship with culture and its alleged decay: the idea of a cyclical repetition of motives and images driven by a constant shift between civilization’s rise and decay between morning and evening countries.

Johannes Sivertsen was born in 1984 in Paris. He graduated from Det fynske Kunstakademi in 2014. He works primarily with painting and he is running the gallery OK Corral.

Jonas Kasper Jensen was born in 1982 in Copenhagen. Recently ha has been working with the artist group Lehman Brothers.