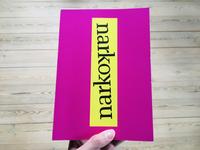 During the spring semester, the literature team has written many texts, both while they were at school and during lock down with our distance learning scheme. The best texts were selected and collected in the literary team’s publication Narkokran.

About Narkokran, the literature team writes as follows: The texts in this book were written in the first half of 2020 by 7 authors on Krabbesholm Højskole’s literature department. We thought it was going to be an ordinary semester, but it has been one of the most dramatic in the history of the college. For March 12, everyone was sent home due to a pandemic. The students came back, and even though there were no hugs, there were lots of joy.

Narkokran is a story about being reunited

You can download the literature teams publication Narkokran below.